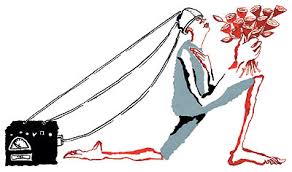 2 thoughts on “Scientific Dog Behavior Modification or Archaic Dogmatism Touted by the Masses???”