Black as a moonless night and rippling with muscles, the dog approached me.  I was sitting down on the couch in the living room of a client’s home as a guest.  I was there to give her an evaluation on this black beast’s demeanor and behavior.  It was her new rescue dog from Texas.  The dog gave me a serious look and a few huffs as he trotted towards me.  His ears were cropped short and tightly towards his head which only served to emphasize his eyes and the strength of his neck, head, and jaws.  His muscled shoulders were rounded and spoke, I knew, of an explosive power.  He was oily black all over extending from the tip of his nose to the thick docked tail and on down to each claw.  The lighting inside the home at the precise time of day I was there wasn’t affording me the greatest visibility.  It was hard to read his face.  Was he calm or concerned?  Would I be friend or foe?  I did what I thought best in the moment and what I often advise when folks ask me how to meet a dog  –  I ignored him and continued chatting with the owner.

Here he is the first day we took charge of him at the Ruston Way waterfront in Tacoma. We went on a long explore as we bonded/traveled together

Cato, that was his new name she said – chosen, I supposed, from the Cane Corso/Italian Mastiff heritage –  he continued to smell me.  “Cato” was a famous Roman, philosopher poet.  A follower and teacher of Stoicism.  Perhaps this dog possessed such a spirit?  Then again, maybe he was named Cato after Bruce Lee’s black-masked, kung fu dynamo in the 1970s TV show, The Green Hornet.  The dog certainly appeared athletic.  Or possibly his moniker came from the Peter Seller’s Pink Panther character that was always lying in wait to attack him!  I hoped it was not the latter.

He wasn’t as large as a standard male Cane Corso or as jowly, so my guess was that one of his parents (possibly both) were jet-black Pitbull terriers.  Either way he was a beautiful animal.  His movements catlike.  His eyes were an alluring and friendly amber color and his face could only be described as cute and powerful.

Here’s Cato at our home during the first critical week of the “Honeymoon phase.” My third book (upcoming in 2019) on dog behavior will be all about Rescue/Shelter dogs and those vital, first few weeks in a new home!  Rambo, our twelve year old boxer, is asleep next to him.

Ignoring Cato was working like a charm and as we shared more time, more moments together, I steadily began to explore a relationship with this strong, dark dog through our mutual senses of touch and space.  I began to perform what I have coined in my business years ago as the “Touch and Go” maneuver.  This “move” or maneuver doesn’t seem like much at first glance to us as human beings but I use it in every single dog training and behavioral rehab session I’ve ever done (at the time of writing this) in the last fourteen years!  Why?  It works and works wonders.  Are treats required?  Heck no – no part of the Garrett Stevens Method requires food or treats or any training tool outside of one’s own body.  (Isn’t that great news for all you nudists following us out there?  I know you’re out there) Is it based in dog obedience training?  No way – most obedience training is honestly a waste of time in 2019 because every method of dog obedience training is excitement-based so that the dog gets pumped up in its energy and then works harder for you – Why do that though when most every dog owner with a house dog desires a calmer, more trustworthy dog?!  Most of us are NOT shepherds any more, most aren’t heading for Afghanistan on active duty with our dogs.  We aren’t as rural in general and certainly we aren’t spending all day afield on a hunt like we used to in days long past.  We have changed and we should be open to letting our dogs change with us!  Being adaptable is what has given our dogs their success since their beginning.  For more info about this and about achieving better dog behavior without the use of positive or punitive reinforcement – read my first book, Dog Myths (available on Amazon and everywhere).

The Touch and Go move is so easy that everyone I’ve ever met concerning dog behavior or training, be they professional or lay person, simply misses it…and therein lies the power, beauty, and art of the thing. 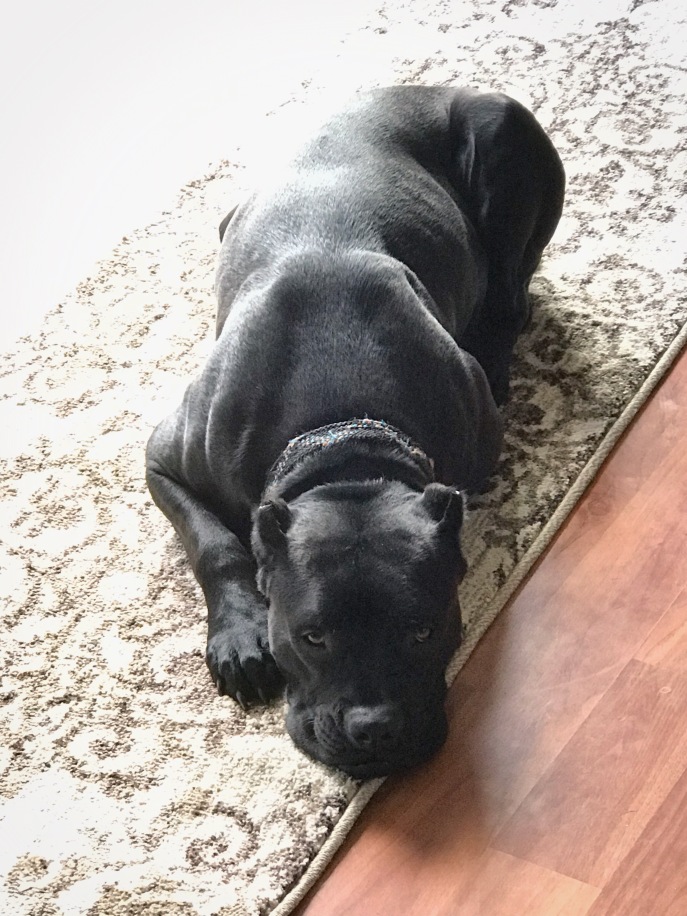 Want to learn it?  Follow/Subscribe to this fine blog of ours and in the next exciting episode I’ll describe in unabashed detail the Touch and Go maneuver (which helps btw with any dog or pup and with any behavioral issue!) and we will continue our story of how Cato the Corso travelled from a rescue down in Texas to Washington state and from a client’s home into our crazy abode! 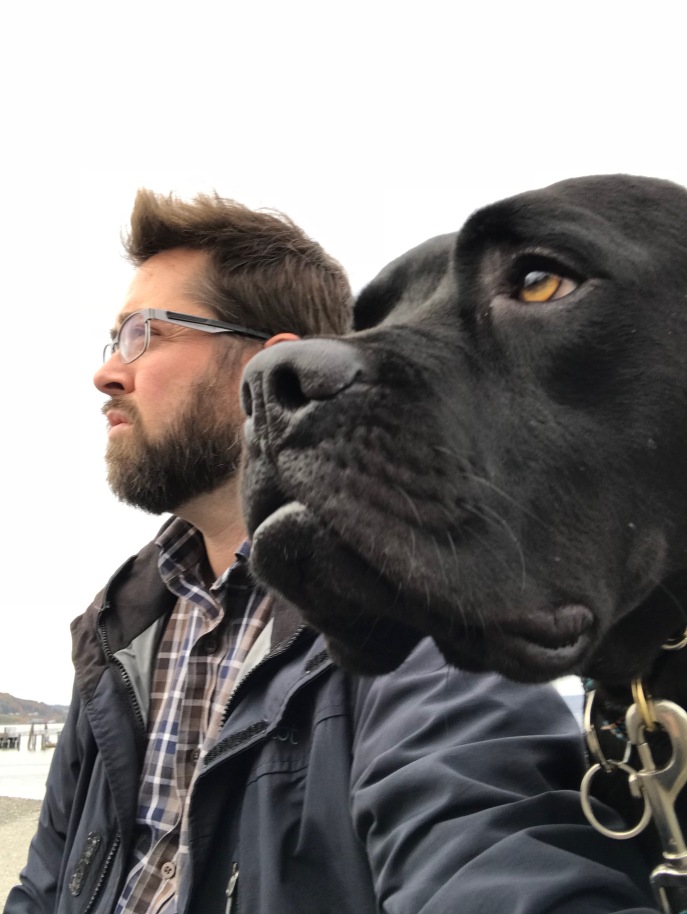