Dogs are suffering!  Were you aware of the two extremes?  They are exceedingly common!  I see it everyday and am sorely sick of it and you should be too.  Our dogs are suffering because of these two extreme yet tremendously common training techniques.  And families and households across the world are suffering because of this lack of balance in the training world.  I literally work seven days a week (many months out of the year I don’t even take a single day off!) because the need for good balanced training is so high!  But I barely consider what I do “training.”

1> On one extreme you have the “positive” only folks who are so vehemently concerned that no one ever dare disagree with their own dog or any dog on the entire planet.  This group tends to treat dogs like human babies.  Not like human kids or teens but like hungry human babies. 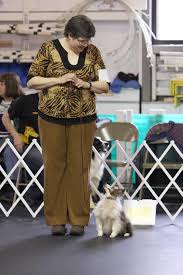 “Bribe me and I might do this trick but that doesn’t mean I respect you, or that you can trust me, or that we are communicating like dogs would”

They operate as if our dogs are not intelligent enough to understand they should not perform certain rude or other “bad” social behaviors.  They act as if dogs can do no wrong.  We have learned from this fanatical group, and heard the insane true life stories from countless clients (before they found us when they tried other trainers/behaviorists) …in my daily experience of owning and running a very successful dog behavioral rehabilitation and training business we average 6-7 appointments a day…that they (the positive only crowd) seldom get great results because their techniques use bribery and rewards only.  And they bribe very early on with puppies.  They stuff treats down their throats so often that they eventually kill or greatly diminish the motivation altogether!

These trainers which can be found anywhere and everywhere treat their dogs (an ultra-domesticated animal) almost like some wild animal that needs to be bribed to do frivolous tricks.   I always found it strange that Bribery in our human society is a crime but constantly “paying” and bribing our dogs is touted by many of these “positive only” trainers as the end-all-be-all in training.  These folks, instead of bribing, could give our domestic dogs more credit and understanding as the highly intelligent and communicative species they are.  But they don’t.

I find it fascinating and irksome that from the get-go these trainers cut off all flexibility in their methods by declaring to all that they are only using and limiting themselves to one form of training or behavior mod…”Positive only.”

I have to ask why would anyone of sound mind and body would, at the start, limit themselves to one rigid form only?  This takes away all flexibility and adaptability in their methods!

Imagine a mixed martial artist announcing before the fight that he is only going to use Western boxing.  Why limit oneself that way?  The astute opponent could then easily manipulate and drive the fight the way they wanted to with loads of leg kicks and Brazilian Jujitsu or wrestling.  (Our dogs are quite astute when it comes to getting their way in their environments even if it’s against our wishes.)

The “positive-only” crowd lacks the freedom or doesn’t seem to be aware of the fact that as a human dog owner one could choose to be “all inclusive!”  This means you can play, you can be serious, you can discipline, you can praise or reward, you can calm and or pump up the energy, you can control the dog or, if the dog is trust worthy, you can turn over control to the dog and give loads of freedom.  But because they are not “all inclusive” like all good parents should be they lack adaptability.

No Balance and flexibility lie in many “positive-only” techniques.  (And I’m not even going to go into all the trouble caused by constantly relying on an external motivator like food and how treats often Raise the excitement levels which can contribute to further behavioral issues!) 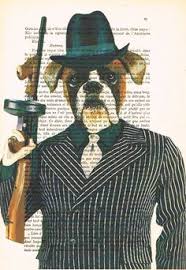 “You keep paying me while I become a form of doggy Al Capone!”

Let me be clear – There is nothing wrong with rewarding for a good behavior but these “positive only” trainers/behaviorists take such an extreme approach to constant food rewarding, petting, and high pitched praise that it typically results in too much excitement from the dog or puppy which then leads to more behavioral issues in the future!

In the cases of real and serious aggression and, or fear, the treats simply are ignored by the dogs because they have “turned down” their sense of smell in order to “turn up” their predatory vision and hearing!  It’s the sad truth that the results these limited trainers bring are typically mediocre at best and only work for what we would in the industry call normal, social pups and or dogs with very minor behavior issues… and they almost never work for true aggression cases (and if they do eventually work a little it takes a year or more -which is a horribly long timing considering how all our dogs live in the moment and are connected to the present with their super senses.)

2> The other common extreme seen in the dog training industry are on the opposite end of the spectrum…the trainers who have been former military or police dog handlers/K-9 trainers.  These kind are easy to identify because they will typically cling to their tools and techniques with similar vigor as the positive only crew detailed above but the tools these trainers use are usually almost all “corrective” and punitive in nature.  I mean to say the tools will be electronic shock collars, prong or pinch collars, or the classic choke chain.  These trainers usually will get better results initially with the dogs than the “positive only” folk because dogs will respond to a more physical approach, however, the main fault here is that these types of methods can ruin many good dogs because they are using techniques from their police or military background on common house dogs that are usually not as high drive or simply not bred as tough as the dogs they learned on in the police or military all those years ago when the trainer was serving overseas or in the community. 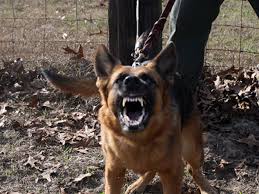 We have some local trainers in the city where we live and train that were former military or police dog trainers and we have had clients that have taken a course from them… initially (before finding us) or done private sessions with them and they all recount tales of hanging, choking, rolling, shocking, and even something akin to water-boarding their puppy if their pup were to dig a hole in the yard!  These methods are Completely overboard and sometimes borderline abusive!  It is one thing to have to occasionally strongly correct with a leash pop or strong tug on the leash an active working (in the police or military) dog that is worked up and on the bite sleeve or a powerful dog that is attempting to bite another dog or person.  It is quite another thing to apply these methods on a puppy or dog that will live out it’s life calmly in a city or suburban neighborhood Never going on tours in Afghanistan or Iraq or to patrol gang-town Chicago or LA!  So again flexibility and adaptation are lacking in these rigid methods.

The thinking with these trainers goes something like this, “You have to show the dog who is Alpha…”  And while I actually agree that an owner should show their dog who is Alpha I disagree in how they and most people define the Alpha!

A true Alpha dog is nothing more than a patient, peace-keeping, parent.  This may be Shocking info – I know!  The Alpha dog is NOT the dog who is at the park trying to knock over other dogs down or trying to fight with many other dogs.  That is a common misconception.  The Alphas are natural peace-keepers who stay calm and attempt to get along with every dog they meet.  They know when to ignore or when to address with a firm but calming canine communication.  We should all strive to study and learn from them.  I have seen several over the years and it is fascinating to watch them in a large group of dogs.  The Alphas actually help the humans keep the peace in a large group!  They are masterful communicators.  Calm, confident, competent. 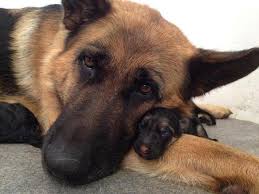 This female is automatically alpha to all her little pups. Alpha means parent not bully. She will raise them utilizing ignoring, addressing, and occasionally redirecting through play.

A word on correcting or addressing a problematic dog:  The most effective corrections I have personally used over the many years have been the ones where I don’t lay a finger on the dog but where I outmaneuver  them, claim them, calm them, and then smoothly offer them more freedom!  THAT is the way of a true Alpha.  That is what good, loving leadership calls for – boundaries and certain disciplines within the relationship that actually lead to greater FREEDOMS!  We need to lead to greater freedom NOT more rigid obedience for our dogs.  Calmness mixed with efficient movement are keys to a calm and healthy puppy or dog.

Anyway the point of this post is WE ALL Need to come together as a dog training community and not have these two ridiculous yet oh so common extremes.  The need for calmness in humans and dogs is at an all time high in society!  People actually need to learn patience more than most of our dogs do!

If you are ever seeking professional help from a trainer, behaviorist, or whisperer…I would highly, highly recommend avoiding these two extreme groups.  Maybe you Free yourself enough to glean the best from both worlds and then find a better balance?  But, as I always say, attempt to learn more from the actual social dogs and less from the professional human trainer/behaviorist!  Look to all of nature for a guideline and watch how the older (SOCIAL) dogs move and act around others that are hyper and young or just unsocial.  Take their techniques and add them to your own bag!

The wild thing is is that you may not be able to find a great trainer where you are at because Training itself and Behavior modification is now waaaaaay behind the times even the trainers who utilize the word “modern” in their names or methods are typically just positive-only types).  The issue is that both of the above mentioned methods are much to dependent on external motivation and the use of excitement and their tools.  And to go even deeper …The real heart of the issue is that the dog industry is still doing what it’s always done.  Everyone thinks training/behavior mod. is the answer.  My books will clearly explain why it’s not!  It’s time for an exciting new future.  Relationship with clear communication is the answer to preventing or reversing behavioral issues – it is the answer for a great life shared with others!

I’ll admit this one was hastily written but I believe it is loaded with truth and some interesting thoughts or questions for everyone to think about and hopefully act on.

Please keep an eye out for my upcoming book DOG MYTHS!!!!  I think you’ll really love it and it could be a potential game-changer for so many people and dogs in need.  #dogmyths #getgarrett