I am a Wing Chun practitioner.  What does this form of Chinese Kung Fu have to do with my dogs and their training and behavior?  Plenty.  (Stay with me)  Wing Chun is a form of Kung Fu that employs close combative methods.  Legend has it that a Shaolin nun, one of the five original Kung Fu masters from Shaolin Temple, created the Wing Chun system based on movements she observed as a snake fought with a crane.  The good Wing Chun practitioner utilizes touch, space, balance, and speed to their advantage and looks to exploit the opponent’s mistakes and movements by way of trapping, and direct striking and blocking simultaneously. 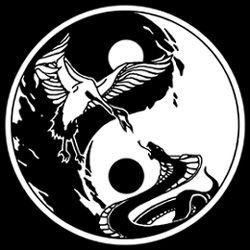 Over the years I’ve noticed how direct and effective dog movement and touching is.  As predatory animals they don’t beat around the bush.  Dogs, like the good Wing Chun disciple, move forward with determined intentionality.  Dogs are extremely sensitive to touching as is the good Wing Chun student.  Dogs, if left unchecked, will build strong habits of over-touching and out-maneuvering those people that are around them.  Those touch habits then lead the dog to assume command of the household.  Once a dog assumes command there’s no reason in their mind why they can’t discipline a guest, neighbor, or even a family member with a bite because sometimes that’s actually acceptable behavior in the world of canines.  The higher ranking family member is supposed to guide and discipline the lower ranking/younger or less balanced individuals within the group/pack to aid them in the fine art of canine social skills and language and in order to claim what is what and whose is whose.  The animal doesn’t know that we humans tend to frown upon a dog if it bites one of our children – the dog only knows it’s been given totally unhampered reign in the areas of touch and space, movement, and in primal grooming rituals within its home environment!  In other words, the dog owner has really dropped the ball and so the dog naturally takes charge filling the leadership void.  This “taking charge” often appears friendly at first until…months or years later…it doesn’t!  (This friendly familiarity breed rudeness quite quickly within the relationship between dog and human)

To begin to reverse poor behavior in ANY dog or pup you must consider and then employ The Four Pillars of dog language.  (for more on the Four Pillars please see my other posts by that name and keep an eye out for the upcoming book I am writing about them!)  I want anyone reading this to act like a Wing Chun expert and first of all  – be very aware of touching.  Most people are greatly lacking in sensitivity when it comes to The Four Pillars of dog language.  (People know to be sensitive with a horse, or with a bird, or when swimming with sharks but with dogs everyone’s been taught the wrong things – they’ve been taught many behavioral myths – hence my first book, Dog Myths)

Secondly, if and when your dog attempts to jump up on you, or nose you, or lick you, or mouth you, or elicit petting from you by way of barging into your personal space – move forward, take up space, and intercept the dog’s touch with a touch of your own if necessary.  Use your hands and move your body forward into the dog.  Be aware of your center line!  In this case though, because your dog is not your enemy or opponent, it’s necessary to also keep your dog in center line with you to attain the clearest form of communication possible – you both meet in the center line.  Make sure you are looking right at the dog and the dog is looking right at you.  (Do NOT pay the dog with food for this attention or it reduces the relationship to that of a wild animal and you do NOT have respect and therefore cannot offer trust – also, and this is rather important – no other dog on the planet needs food or treats or baby talk to enter into a healthy relationship with another member of their species).  Aline both centers.  In this way a clear understanding on the part of the dog is gained.  If the dog is looking away or leaving the space or just blowing you off – then your center line is weak and/or your energy was not firm enough.  It is also possible that your energy was very strong but not calm enough.

We need both firmness and calmness; respect and trust; control and freedom within the relationship.  This can be hard because many people are lacking in one or the other.  Some are firm enough but not calm (they are frustrated, or angry, or over-emotional).  Others are really calm with their dogs but have no fight in them at all and so they lack any sort of firm or strong energy and, thus, the dog persists in misbehavior.  Learn both firmness and calmness and you’ll work wonders with any dog or any animal for that matter.

Wing Chun blends internal (soft and calm energy) martial arts with external (hard and strong energy) martial arts techniques.  It can be quite effective in a real fight depending, of course, on the individual using it.  As dog lovers we should all strive to be as well rounded as the ancient Kung Fu masters as we work to better ourselves and our dogs and their behaviors.  Good luck!