“When the tiger bit at Horn’s sleeve, Lawrence made a move to intervene, tempting him with raw meat.  The trainer grabbed Mantecore’s leash and the tiger managed to knock both men down.”  USA TODAY

“A grizzly bear that appeared in a recent Will Ferrell film killed a 39-year old trainer with a bite to his neck…Randy Miller has 25 years experience training animals and his facility has had a perfect safety record, according to the website.”  INDEPENDENT

“Tilikum grabbed Brancheau by the ponytail and pulled her into the pool, then began violently swinging her around…died from a combination of blunt force trauma to the head, neck, and torso, plus drowning.  The attack happened during a performance.  It wasn’t the first time Tilikum killed someone either.  In 1991 he was one of the three whales responsible for the death of trainer Keltie Lee Byrne.”  GRUNGE

“Tyke entered the ring…kicking around what looked to audience members like a dummy. ‘We thought it was part of the show,’ one witness told the Honolulu Star-Advertiser.  They soon realized the supposed dummy was a severely injured (elephant) groomer.  Panicked, audience members fled for the exits.  Tyke went on to fatally crush her trainer – who was trying to intervene – before fleeing the arena herself….Honolulu police eventually shot her 87 times before she succumbed to nerve damage and brain hemorrhages.”  HUFFPOST

“Ashton McGhee, 1 year old, was mauled to death by a family pitbull-mix.  The child had ‘deep abrasions to the head, chest, and neck.’  The child’s grandmother and great grandmother suffered injuries while trying to pull the dog off the toddler.  The baby had been playing with a ball on the floor when the dog came in from the outdoors.  The dog attacked the baby, causing deep lacerations to the head and chest and a broken jaw.”  WHOP

“66-year-old dog trainer found dead in her backyard with multiple dog bites on her face and arms.  Elaine Richman was discovered dead with multiple dog bites…Richman had not been seen at her dog training classes for two days.  Police found Richman dead in her backyard with dog bites on her face, arms, and hands.  Two doberman pinschers were located inside the home.  The victims brother…said she had trained and showed dobermans for decades.”  MEAWW and DOGSBITE 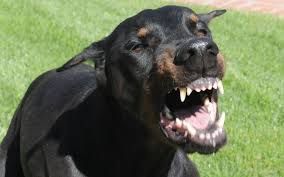 Friends, when you or any other person – be they “professional” or not – reinforce a dog (or a wild animal) with FOOD in order to get them to perform obedience or tricks we must all realize that this in NO way means that genuine RESPECT is present in the relationship!

Friends, if you lack real Respect then you must NOT give TRUST to the animal no matter how fancy the obedience, behavior modification, tricks, or alleged “training!”

What everyone in the world labels as “dog obedience,” and “dog training,” “work,” and “canine behavior modification” in truth often has little or nothing to do with canine social skills and dog language!

If people truly grasped dog language and The Four Pillars (and they clearly do not) horrific tragedies like some of those listed above would be preventable.

This is part one in a series I’m going to do for you.  In the second installment we will get to the heart of the issue.  Stay tuned!

(Also, don’t fret because I’ll do one on the many problems of correcting a dog and harsh handling)

Smell my butt.  This is one of the single most important things in all of Dogdom.  In the dog world butt smelling is vital.

Forget the slogan, “Have you hugged your kids today?”  I say, “Has your dog smelled a butt today?”  And (equally important) has your dog been smelled by another dog in return?  This is crucial when rehabbing aggressive dogs and fearful dogs and any dog that has dog-dog reactivity.  They need to gather information through the use of their primary three birth senses.

One of a pup’s first and most important sense as it is born into this world is the olfactory…the nose.  (This is the part everyone knows) A puppy or dog ALWAYS, ALWAYS, ALWAYS smells the world before it sees it or hears it.  Think about this.  Look at your dog’s face.  It is triangular shaped because the nose comes first.  The first couple weeks of a puppy’s life are spent blind and deaf – Helen Keller style!  (Now think of the extreme growth occurring physically and mentally within the fast-growing pup during those early stages of life)

This leads us to the question,  What kind of learner is your dog?  If you went to school and they tested you they would then find out whether you are a visual, auditory, or kinesthetic learner.  This means your brain prefers to learn and experience the world either through the eyes, the ears, or with a more hands-on approach.  And if we, as good teachers and dog trainers, customize our teaching to help accomodate the pupil’s brain’s preference learning should then naturally increase because we are now “speaking the same language.”  We are working with the brain and playing to its strengths.  If a teacher can peak the interest or natural way the brain works, well, then their material is readily received and learning occurs quickly for the pupil.  At Stevens Family Kennels and Dog Language Center we view dog training and behavioral rehab the same way.  Dogs are touchers, smellers, and tasters first.  Later they become seers and hearers.

The canine language is based in “cut-off” or “calming” signals (because these signals allow for peaceful coexistence) without which there would be no pack.  There would be Zero ability to live together and survive together if there weren’t calming signals and pressure relief valves within our dog’s language.  The language of our dogs is complex.  All canines can use these signals and this language to release tension and get along socially – tragically though – many do not.  Their need for boundaries in order to be able to calm down enough to live and function in a group is basically what makes a canine a canine.  Dogs that are skilled in their own linguistics use tension and the release of this tension (displayed in their body language and in their energy levels) to communicate their intentions clearly to those around them.  These skilled dog linguists use proper movement and spatial pressure in order to calm/claim/correct the individuals in their social circle that may need help.  If the older example dog has had good leadership they seldom if ever overdo it and they seldom if ever under do it.  It is fascinating and freeing.  It might surprise you to know that in canine culture there is more freedom than in any human government on the planet.

Smelling instead of staring leads any dog into a more calm state of mind.  Make sure your dog is smelling other dogs and people and being smelled by other dogs…if you think it is “too late” and the dog is too much of a danger than increase exercise and increase the rules within your home environment AND THEN attempt to socialize by way of spinning your dog around (controlling the head and eyes and teeth – you cannot do this on a harness) and getting your dog’s butt smelled by a calm, friendly “example” dog.

Need help??? – Read my books on dog behavior and/or leave us a quick voicemail and we’ll answer your questions as soon as is humanly possible 253-653-4890 (calls and vms are handled on a first come – first serve basis!)  Stevens Family Kennels also has a new Youtube channel you might want to subscribe to.  Thanks