In part 1 of this series we looked at many positive reinforcement trainers that were killed by their own animals (wild animals and domestic dogs).  A domesticated animal should not kill the people it lives with but when folks purposely choose to believe there is just one way to work with animals this sort of thing can happen.

In part 2 we brought up the heart of the issue and took a look at 3 different dogs with 3 different reactions motivationally-speaking in regards to food and treats.  We went over how every dog on the planet reacts to food/treats differently – some are very excited about food, others have a so-so attitude about food, and other dogs, when in the presence of their triggering stimuli totally ignore high-value food and blow off positive reinforcement because their adrenals have informed their bodily senses to turn Down smelling and tasting and to turn Down the drive to eat in order to turn Up vision and hearing to prepare to fight or flight!

(If you haven’t read Part 2 please read it then come back to this part).

So what about the plethora of dogs that ignore high-value treats and positive reinforcement in the presence of their triggering stimuli???  What about all the dogs that are just too fearful or too anxious or too aggressive to take food from the owner or trainer? The truth is, and we have thousands of clients and past clients that will verify this fact, sometimes positive reinforcement and the stuffing of treats down a dog’s throat simply will NOT work on the more serious psychologically-damaged cases.  This then instantly eliminates dog trainers and behaviorists that limit themselves and only teach the positive approach!  Those trainers have ZERO answers for their clients!  Due to their rigid and close-minded approach to canine behavior they are taking themselves and their one method out of the game!  Their positive-only method that has now failed to truly help change the more serious of dog behaviors is now rendered useless when the dog ignores them!  And the dogs do ignore them.  After careful consideration of the above fact (that many dogs ignore allegedly high-value treats when in a stressful situation) it should lead the curious mind to more questions…if soft praise and constant high-value food was NOT working or barely working…How should we handle these dogs?  Isn’t there a better way?  What genuinely helps these damaged dogs that are practicing fight/flight on a daily basis?  What helps these dogs adjust socially and behave normally when soft human affection, human talking/praise, and trying to feed them with “high-value” treats isn’t working?

Answer:  Knowing real dog language and speaking/signalling it back to the dog because this paves the way for a proper relationship.  A proper relationship between dog and human, despite what you may have heard from the propaganda machine we all know as the dog training industry, is not one filled with gobs of overboard affection and food from the owner to the dog.  A healthy relationship is one that must be based on respect and trust the way all dogs build them naturally with other dogs.  It must be based on clear communication and should not rely on weak external motivation.  You do NOT have to be Tony Robbins for your dog because the emphasis should be natural relationship and calm, healthy energy and NOT more motivation for tricks and obedience!!!  Remember…most obedience has little or nothing to do with canine social dynamics and dog language!  Most obedience and “training” has little or nothing to do with what is important to our dogs!  Most obedience training has little or nothing to do with adjusting misbehavior because obedience adds tricks and is not the best way to modify behavior.

These days were are seeing more and more ABUSE from dog owners by way of continually vomiting anthropomorphic beliefs upon the dog!  There is a massive trend among dog owners that espouse “positive only” training techniques where they not only call their dog their “baby” but they actually mistreat their dog by treating them like a literal human baby.  We are also seeing more obese dogs – another form of modern-day abuse.  We also see more bratty pups – when an owner gives zero boundaries it means they don’t actually care about the pup they claim to adore.  We also see loads and loads of fearful and anxious dogs and some owners even that think that it is okay for their dog to live like that – it’s just “who the dog is” according to the owner.  What an excuse.  That’s completely wrong!  Fear blocks the real personality of the dog and fear and anxiety can and should be addressed in a thoughtful, efficient, calm, and natural way.  (We didn’t have all the problems we have currently in the 1970s, 80s, and 90s…that was before people believed dogs were babies and just respected them as dogs)

We get many reports from clients who tried the positive approach (before finding us) and those reports all seem to mention how many treats were used (insane amounts) and how their pup quickly lost interest due to the outrageous amount of food used!  People tell us how their puppy was literally vomiting the treats up and became physically sick due to the amount of “positive only” training that occurred during the one hour session!  And yet many professional dog trainers and behaviorists keep lying about how this method is “scientific” and “modern” and they claim that anything else is abusive.  What a sinister and manipulative message they send out, and, as discussed, they have billions of dollars in treat sales to continue to send the manipulative message with!

As a father of four human children and as an owner of two dogs I care for them all as best I can and one part of that loving care is discipline.  Discipline is one of the keys to any successful life.  Think of Larry Bird.  Think of thousands of hours of discipline he spent putting the ball through the hoop.  Proper discipline is just one of many parts of an excellent life.  Applying calming discipline with clear communication is just good parenting and should be part of good, normal dog ownership.  Example: If one of my kids is blatantly rude to their mother or myself there will be discipline (they get sent to a time out, or to their room and then we talk later about how that is unacceptable).  If one of my dogs is blatantly rude to any member of the household they also get proper discipline (I apply the Four Pillars and we spatially address the situation like a dog would.  Does this mean I roll the dog on it’s back – NO!  Does this mean I hit the dog?  NO!  Do I yell – NO!  I don’t do most of the things that people would assume I do.  Instead I bring the proper amount of firmness in my energy and I grow larger spatially (in my body) and I let the dog know it was wrong at that moment but can always trust me – the dog is not allowed to run off or dance away from this calming discipline, the dog is not allowed to flop down and show it’s belly, feigning submission, the dog is not allowed to touch the one providing the beneficial discipline, the dog is not allowed to bark back in the face of the one disciplining, the dog is not allowed to come forward with a touch on the person disciplining –  the dog must be respectful of the few rules we have.  End of story.  Then I walk away (we must always walk away first signaling to the dog that the spatial pressure is over and we are trusting them again) and life is very freeing for all parties involved.  No massive emotional reactions.  No anger in proper discipline.  No fear on the part of the child or the dog.  And certainly no modern delusions coming from the dog owner or trainer pretending that the dog is a helpless human baby.

If anyone wants to quickly disabuse him or herself of the foolish notion that dogs are “babies”…if anyone reading this actually desires to know the truth in this world filled with online lies, they need only contact me and come volunteer to work for a day at our Dog Language Center.  At our 4000 square foot kennel you will see quite clearly and experience – dogs attempting to put a bite on people, dogs in the kennels actively chewing up wood, plastic, and even metal with their incredibly strong mouths, dogs attempting to threaten other dogs with violence, dogs attempting to control everything around them, dogs attempting to bark non-stop, dogs crapping themselves due to insane separation anxiety which the owner allowed to develop, and a host of other animal nastiness that occurs and would continue to occur unless we calmly intervene and help stop those behaviors!

(The great news is that we do in fact stop them at our Dog Language Center and in our training sessions and it isn’t through harsh handling or shocking them or abusing them!  We are able to stop these horrific yet common dog behaviors and it isn’t through babying them and constantly giving them an overwhelming amount of attention – attention that their own dog birth mother wouldn’t even give them btw – and it isn’t through stuffing their faces with food.  We do it by utilizing the Four Pillars and the dogs all love it because this method is not our way, or your way, or the positive or negative way, or whatever other stupid human label you want to give things…the Four Pillars is the heart of dog language as it applies to human and canine interaction!)

I am currently working on a book now detailing the Four Pillars of dog language and the Five Senses that will illuminate genuine dog language for the readers and aid in the behavioral rehab ranging from the most difficult and dangerous of dogs on down to the sweet new puppy.  It should be a doozy.  -G

(In the meantime be sure and read my other two books as they each give the reader more and more critical info about dog language and healthy relationship – things that make behavior issues a thing of the past!) 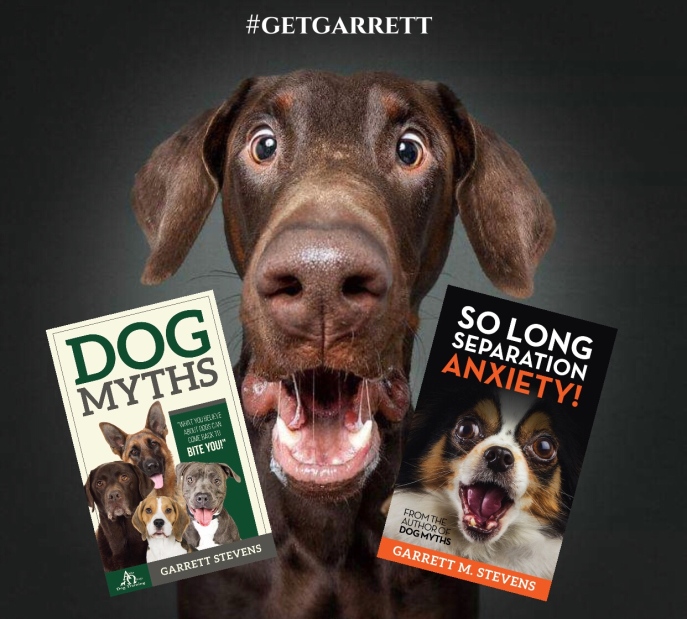